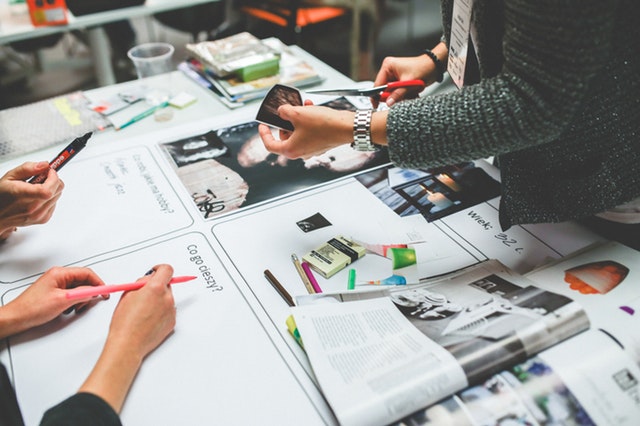 In the past it was always considered that as soon as someone finished high school, they would go to college, study hard for four years, get a degree in a “sensible” area, and then work at that job until they retired, and when it came to what was considered a sensible career path, it certainly wasn’t anything that was deemed creative.

In fact, creativity and high earning potential, for a long time were considered to be two different things and you basically weren’t really thought of as someone who could earn a lot of money if you were in a creative field such as being an artist or a writer.

Whilst there’s still a good bit of work to be done on the view point society holds around this stuff, it’s definitely changing, and with so many creative fields now involving a lot of technical skills thanks to the rise of the internet, then the lines between creative work and high income are becoming increasingly blurred, which is definitely a good thing that’s now seeing a lot more people follow their passions and creative talents at the same time.

So, whether you’re looking for a new career or are getting ready to decide what career path to follow, but are having some trouble deciding what to do because you feel like you’re creative, but also want to earn good money, then in this post, we’re going to share with you some of the top careers that pay well whilst still allowing you to be creative.

When a lot of people think of marketing, they typically imgaine a bunch of middle-aged men in suits sitting around smoking cigars, drinking whiskey and talking about strategies, campaign metrics and ROIs, and whilst these are definitely crucial parts of marketing overall, marketing is actually a very fun and creative field to be in these days – and typically there’s not a cigar or glass of whiskey in sight.

Instead you’re more likely to find yourself working alongside other creatives such as writers and designers so that you can all work on bringing a vision to life through a solid campain that has many different elements to it, and once you see the finished result, whether it’s a social media strategy, a whole new brand, or some content and visual marketing for a website, marketing is certainly not a career that you’re going to find boring and it does pay well in most cases.

Engineering is one of the oldest professions there is, but it’s something that’s remained so relevant and ever in demand because it’s learned how to move with the times and not stay stuck in the past like many other industries did. Much of the engineering we see today is highly creative and uses very advanced technology for even better results than were ever seen in the past. The other thing with engineering is that it pays so well because of the detailed nature of the profession and because of the in-depth training that engineers must go through, so whether it’s designing parts for AdBlue tanks, working as a structural or mechanical engineer, an eye for detail and safety is so crucial, which explains the high pay – engineers have the best of both worlds in that they get to explore their creative and analytical side as both are needed in equal measure.

If you’re someone who loves fitness, then a career as a personal trainer could definitely be something worth considering. Not only can you make great money in this field since now more and more people are really starting to pay attention to the importance of their health and fitness, but it’s something that requires a lot of creativity – especially when you’re working with private clients and creating training and possibly nutrition plans for them based on their individual needs and goals.

Writing has to be the ultimate creative career and we couldn’t write this post without mentioning it. Now, it’s important to remember that when we talk about writing, we’re not just talking about becoming an author since, although this is possible, it’s also highly competitive and not the easiest thing in the world to achieve.

However, writing nowadays has become so much easier to do and be noticed for thanks to the internet, so if you have specific knowledge or expertise in a certain area, then there are so many opportunities out there for you to become a writer online and get paid very well for it – many people have even quit their fulltime jobs to start writing online because they realized just how enjoyable and lucrative it is.

Photo by Kaboompics .com from Pexels